JD17UK - Communicating with the Internet of Things (IoT)

Peter Martin
Since the release of a 5 dollar (now £0.99 at eBay incl posting!) wifi-board called ESP8266, the Internet of Things (IoT) has been booming more than ever. How do IoT devices communicate? How to connect them to your website? Peter will explain the Internet of Things, describe the MQTT communication protocol, and do a live demo to show you how to flash a ESP8266 to run your own scripts and how to use Joomla & IoT.

Peter Martin has been active in the Joomla community since 2005: at first as regular forum user, and later as Global Forum Moderator, Community Leadership Team and Operations Department Coordinator. Peter loves the freedom and possibilities that open source software gives you as user and the knowledge sharing that you can only find within such open source communities. Peter has his own business www.db8.nl (founded in 2005) and supports companies and organizations with Joomla implementations, support and custom Joomla extension development. After 12 years of clicking "Options" when installing new Joomla sites, Peter finally got fed up with it and decided to develop "Options Manager" which is available via https://db8.eu Furthermore he organizes Open Coffee (a monthly networking event for small businesses and self employed people) in his hometown Nijmegen, The Netherlands and Linux Nijmegen (a Linux User Group with monthly meetings). His other interests are open source software, Linux (Debian, Raspbian), Raspberry Pi, music (vinyl records), art house movies, trivia. 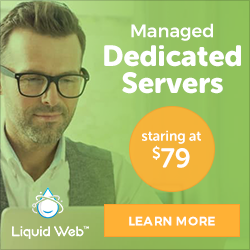